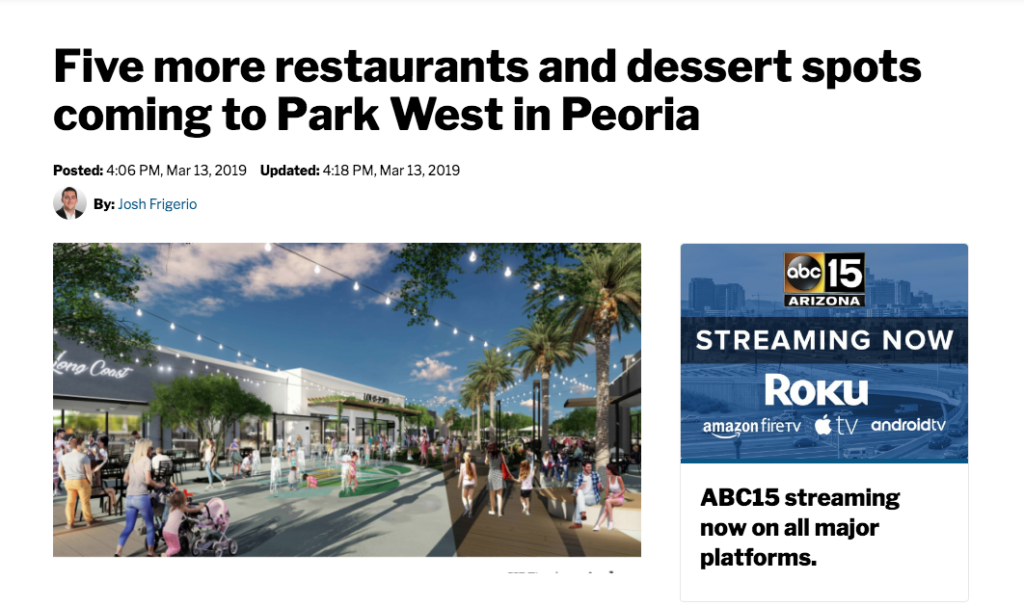 “PEORIA, AZ — Shoppers in the West Valley will have five more places to grab a bite to eat or an after-dinner dessert when Park West completes its $4 million renovations.” -Josh Frigerio https://www.abc15.com/entertainment/events/five-more-restaurants-and-dessert-spots-coming-to-park-west-in-peoria
Gage Hampton 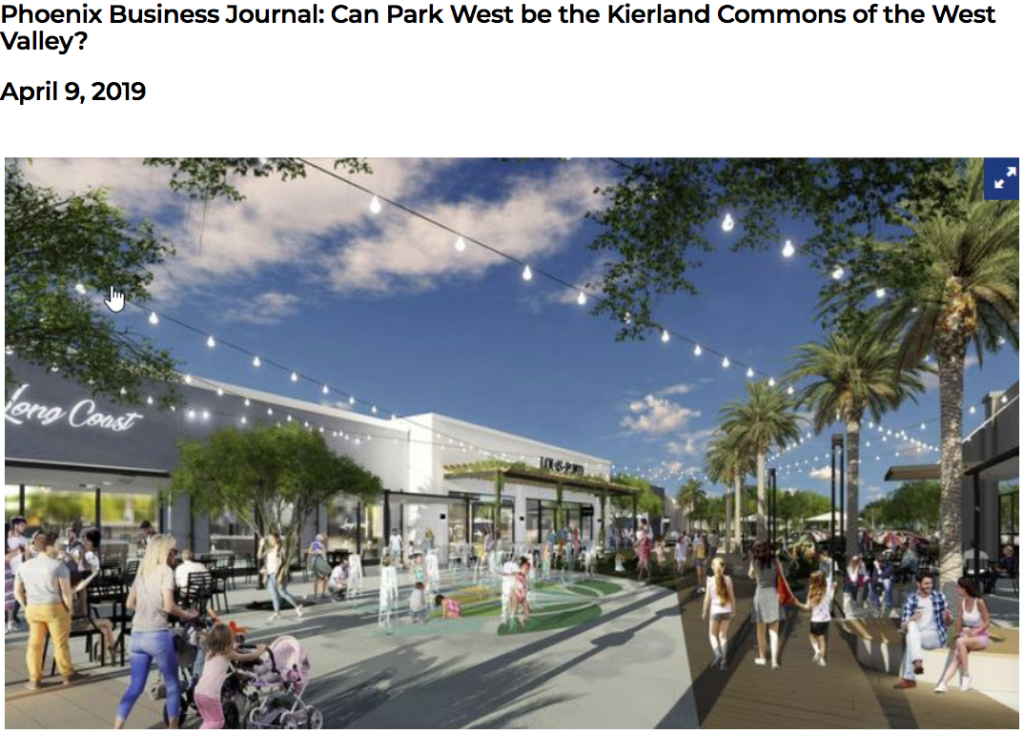 Can Park West be the Kierland Commons of the West Valley?

“With a couple million dollars worth of capital improvem​​ents and a completely new tenant mix, the team behind Peoria retail center Park West believes they can turn the complex into the Kierland Commons of the West Valley.” –Brandon Brown, Phoenix Business Journal https://www.bizjournals.com/phoenix/news/2019/04/09/can-park-west-be-the-kierland-commons-of-the-west.html
Gage Hampton 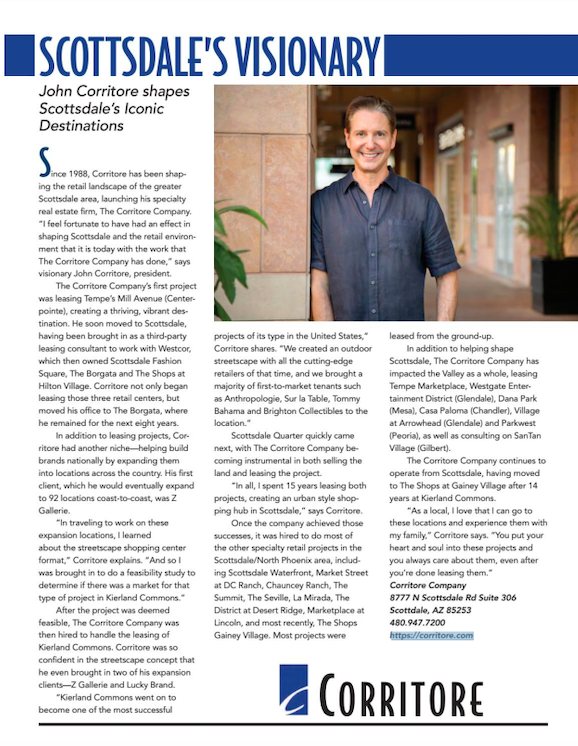 “Since 1988, Corritore has been shaping the retail landscape of the greater Scottsdale area, launching his specialty real estate firm, The Corritore Company.” – So Scottsdale, June 2018 https://issuu.com/richmanmediagroup/docs/ss_jun18
Gage Hampton 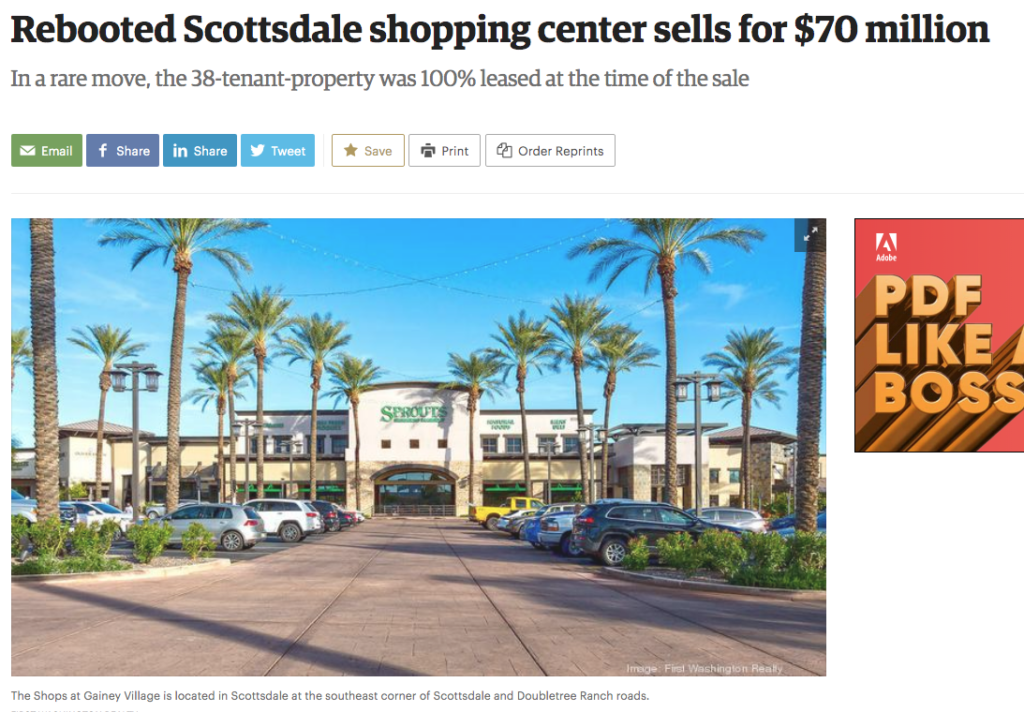 After a few years of re-leasing one of Scottsdale’s premier lifestyle centers, The Shops at Gainey Village has been sold. Thanks to, in part, John Corritore of The Corritore Company. “Corritore played a major role in the center’s revitalization… With Corritore’s direction, Principal spent $15million renovating the center and started attracting a long list of […]
Gage Hampton